Jeremy C. Shipp is the Bram Stoker nominated author of Cursed, Vacation, and Sheep and Wolves. His shorter tales have appeared or are forthcoming in over 50 publications, in the likes of Cemetery Dance, ChiZine, Apex Magazine, Withersin, and Shroud Magazine. Jeremy enjoys living in Southern California in a moderately haunted Victorian farmhouse called Rose Cottage. He lives there with his wife, Lisa, a couple of pygmy tigers, and a legion of yard gnomes. The gnomes like him. The clowns living in his attic - not so much. Feel free to visit his online home and follow him on Twitter. 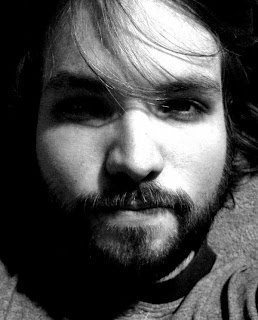 Today, we're checking out the latest and greatest collection of his short stories 'Fungus of the Heart'.


Heather: Hello Jeremy, thank you for doing this interview with me. It’s such an honor to host you on my blog! Let’s start off with your basic question: What made you start writing?


Jeremy: Thank you for the interview! When I was 13, I just remember thinking, “I like books. I should write one.” And so I did, and I’ve been writing about a book a year ever since. I have to thank my parents for instilling in me a love for storytelling. They read to me all the time.

Heather: Which short story in Fungus of the Heart was the easiest for you to write?

Heather: Which character in Fungus of the Heart is your favorite and why?

Jeremy: I’m quite fond of Soapy from “Monkey Boy and the Monsters.” I’m a big fan of anthropomorphic bars of soap in general, and Soapy is particularly cute with his appetite for carnage and his deep thoughts.

Heather: Do you have any works that will be sprouting in the future?

Heather: Any advice for those aspiring writers?

Heather: What is a source of inspiration for you?

Heather: Who is/are your favorite writer/s?

Heather: Anything else you want to add?

Heather: Thank you again for letting me host you on my blog, Jeremy!
Posted by H.C.Paye at 2:00 AM No comments:

I think it would be awesome if they made a Sibling's Day where siblings celebrate their siblings.

There are just way too many siblings out there fighting with each other over what ever reasons and if you think about it, there really isn't anything bringing the siblings together after they move away from home.

In this day and age, it's so easy to lose touch with the people you're not around everyday. And there's so many ways to stay in touch too. A holiday is like a yearly reminder.

Yep. It's my midnight rantings!

All Ready To Go?

Here's a great post for all of those participating in NaNoWriMo ( http://www.nanowrimo.org/ ) this year, for those who all ready have finished a novel, or will finish one soon. The all-important question that no one can seem to answer without difficulty - what to do with that novel after it's written, revised and ready to go.

Pretty much, when it comes to publishing there are three different kinds of publishing. Traditional, Self-publishing, and Vanity Presses. You have to decide what's best for your book, but I'll break down each type of publishing for you, so you can better understand what these are all about.

Traditional - This is the kind of publisher you all probably have heard about. You send them your work, they look it over, and if they think the material will do well in the current market, and the editing is up to par, then they will accept it, and publish it.

They'll take care of hiring editors, layout designers, and artists for your book. There is still editing to do even after you submit your work though, and you'll have to work on the editing with one of their editors even after it's accepted - but that doesn't mean not to edit your work before you send it in, if there are too many errors, they'll reject your work anyways. You still have to do most of the marketing and promotion for your book, with any route you go. Traditional Publishing is free, these types of publishers take a chance on you and your book hoping it'll do well in the market. The only thing you might have to pay for is books - providing they aren't eBooks.

Self-Publishing - This is where you are in complete control of your work. You do everything - editing, layout, cover design, illustrations, proofreading, marketing, and promotion - or hire someone to do it for you. If you do your research, this can be quite rewarding and a great opportunity. But it can be overwhelming if you've never been through the publishing process before. There is some money involved in this one depending on if you do all of the work yourself. You'll also foot the bill for all of the books you buy as well, since in self-publishing you are the publisher - but at the same token, you get keep all of your revenue.

Vanity Press - I have never been through a Vanity Press before, but my work has been accepted at one. They are pretty much the same as a Traditional Publisher, but the author piches in for the funds to get the book published. Which is why some people say Vanity Presses are a rip-off.

Examples of the different kinds of publishers are listed below:

﻿
﻿          Today, I'm featuring a skilled promotion, editing, and writing guru who makes my skills look like baby-talk. So, let's see a little bit more about what Carolyn does from her mouth. Yep, I'll stop gibbering now.

As a college freshman, Carolyn Howard-Johnson was the youngest person ever hired as a staff writer for the Salt Lake Tribune--"A Great Pulitzer Prize Winning Newspaper"--where she wrote features for the society page and a column under the name of Debra Paige.
Later, in New York, she was an editorial assistant at Good Housekeeping Magazine. She also handled accounts for fashion publicist Eleanor Lambert who instituted the first Ten Best Dressed List, where she wrote releases for celebrity designers of the time including Pauline Trigere, Rudy Gernreich and Christian Dior. She was also a consultant for the Oak Park Press in the Chicago area.
Her nonfiction and humor have been seen in national magazines and her fiction and poetry appear regularly in anthologies and review journals. She has been a columnist for The Pasadena Star News and is now a columnist for Home Décor Buyer, a trade magazine, and Myshelf.com and others. She writes movie and theatre reviews for The Glendale News-Press.
She studied at the University of Utah, graduated from USC and has done postgraduate work in writing at UCLA. She also studied writing at Cambridge University, United Kingdom; Herzen University in St. Petersburg, Russia; and Charles University in Prague.
The author’s first novel, This Is The Place, and her book of creative nonfiction are award-winners. She also wrote a screenplay, The Killing Ground. Her book The Frugal Book Promoter: How to Do What Your Publisher Won't was named USA Book News' Best Professional Book of 2004 and won Book Publicists of southern California's Irwin award.

The second book in the HowToDoItFrugally series is The Frugal Editor: Put Your Best Book Forward to Avoid Humiliation and Ensure Success which also won a USA Book News Best Book nod. It is also the winner of Reader Views Literary Award and a finalist in the New Generation Indie Best Book Awards. Her marketing campaign for that book took top honors for marketing.

Howard-Johnson’s stories have appeared in anthologies like: Pass/Fail, edited by Rose A. O. Kleidon, PhD; Calliope’s Mousepad in review journals like California State University at Stanislaus's Penumbra and the Mochila Review.

She was honored as Woman of the Year in Arts and Entertainment Award by California Legislature members, Carol Liu, Dario Frommer and Jack Scott. She is the recipient of her community's Character and Ethics award for her work promoting tolerance. She was honored by her city's Character and Ethics committee for promoting tolerance with her writing and was named to Pasadena Weekly's list of 14 women of "San Gabriel Valley women who make life happen".

Born and raised in Utah, Howard-Johnson raised her own family in sunny Southern California.

Now, here are some links to get to know more about this wonderful person. And if you're a NaNoWriMo participant this year, you might want to grab a copy of her Frugal Editor, so when Nation Novel Editing Month (December) comes around, you'll be ready to edit each and every one of those 50,000 words!
BLOGS FOCUSED ON WRITING AND RELATED TOPICS


Sharing with Writers is a blog on all things publishing with an emphasis on book promotion. It was named to Writer's Digest 101 Best Website list.

The New Book Review is a great way for readers, authors, reviewers and publicists to get more mileage out of a great review. Guidelines for submitting (and recycling) good reviews are in the left column. Scroll down a bit. It's free.

The Sizzling Book Fair Booths is a blog where participants in in my HowToDoItFrugally cooperative fair booths exchange ideas that make a ho-hum booth into a sizzling success. We keep it open so all authors can learn from our successes and mmmm...challenges.

This is the Frugal, Smart and Tuned-In Editor blog. It covers everything that has anything to do with editing from grammar to formatting. The question and answer format encourages you to get the answers you need.

OFF THE SUBJECT OF WRITING--MOSTLY

My creative writing is mostly inspired by the need for tolerance--nay, acceptance--on this planet. War Peace Tolerance also includes resources so that people can--no matter what they think of our wars--support our troops.

Also check out Carolyn's Website where you can see what other kinds of books she has written. She's also on Twitter!


Follow the blog tour - Marvin Wilson is hosting Margaret Fieland!
Posted by H.C.Paye at 2:00 AM 13 comments: