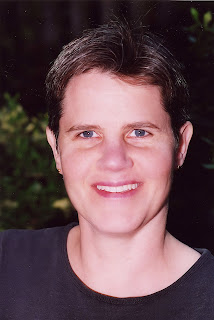 Meet Eve LaPlante the spectacular author of The Salem Witch Judge: The Life and Repentance of Samuel Sewall this historical novel is certianly one worth reading and reading again! Anyways, here's what came of the interview -

Heather: To start off, tell us a little bit about your background:

Eve: I'm a New Englander who writes narrative nonfiction. I started out teaching High School writing, soon began writing for magazines, and have now published three nonfiction books. The first was about a brain disorder that alters personality. The other two were biographies of early Americans who were my ancestors: Anne Hutchinson, the colonial heretic, and the repentant witch judge Samuel Sewall.

Heather: How Long Have You Been Writing?
Eve: About twenty-five years.

Heather: What started you writing for publication?

Eve: I needed a job, so began to try to sell my work.

Heather: Do you have a set time when you write, or just whenever you get the urge?
Eve: It's best to have a set time. Now I write while my kids are at school, roughly long mornings. That's the time I have.

Heather: Who is your favorite author?
Eve: E.B. White. I've written stories about visiting his former house, in Maine, which was a kind of pilgrimage for me.

Heather: Have you ever had writer's block, and if so how do you get rid of it?
Eve: Every day. I just lower my standards and make myself write.

Heather: What do you recommend to aspiring authors?
Eve: Stick to it, ignore (and expect) negative responses, and be optimistic.

Heather: How do you invent your characters?
Eve: I write nonfiction, so I don't invent them, but I try to bring the tools of fiction to my writing nevertheless, finding telling details about the real people I'm describing, so they come alive.

Heather: Do you have anything in the works?
Eve: I'm working on a book about Louisa May Alcott and her mother.

Heather: What would you say is the neatest thing you know?
Eve: I like this quote by J. Robert Oppenheimer: "Style is the deference that action pays to uncertainty."

Heather: What was your favorite part about writing your book?
Eve: With the latest book, SALEM WITCH JUDGE, it was sharing with readers the human side of the Salem Witch Judge -- such as his insecurities, his embarrassment at social slights, and his touching descriptions of his children's illnesses and misbehavior.

Heather: Has music ever inspired your writing?
Eve: Yes, and in my latest book there is actual music -- the notes and words of ten psalms that Judge Sewall sang during actual scenes that occur in the book.

Heather: Do you like to write in complete silence or does it have to be noisy?
Eve: Quiet is best.

Heather: What made you put your characters in the setting that you did?
Eve: With settings, as with characters, I try to find telling details that will make the story come alive -- smells, colors, sounds, etc.

Heather: Keyboard or pen?
Eve: Both, depending on the situation. When I'm doing research in the field, outside, I like to have a little spiral notebook and a pen in my pocket.

Heather: What do you think is the hardest part about being an author?
Eve: The salary.

Heather: What do you usually do while writing?
Eve: Sometimes I lose track of time. That's always a good sign.

Heather: What were the circumstances surrounding your decisions to become an author?
Eve: It just seemed to be the thing I was drawn to do.

Heather: Some people say that you need to live life before you write a book, do you think that it's experience that writes a book or imagination?
Eve: I think living life is also helpful in being a reader. I've just read JANE EYRE at 50, and it's so much better now than it was when I was 19. As for writing, I'm not sure if the same thing is true. I think a writer has to be able to imagine the experience of her subjects, many of whom are quite different from her, not just in age and life experience but also in temperament. Given that we cannot change our temperaments, writers may not need to have lived all the lives of their characters in order to write about them.

Check out more about Eve here - http://www.evelaplante.com/
Posted by H.C.Paye at 2:00 AM